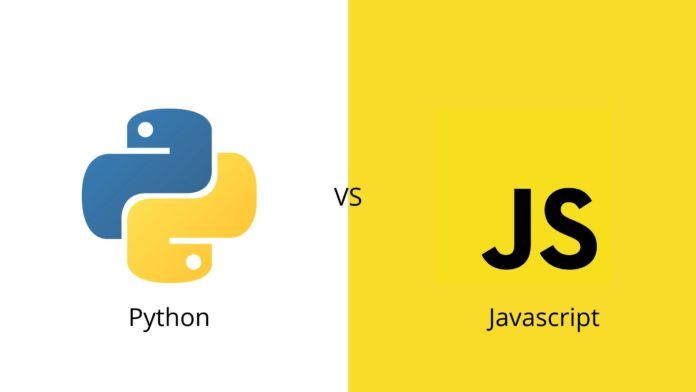 The preference of software development language to begin with should position itself with different aspects such as the core interest of development- such as Android development, systems software, iOS development, or Web development or Programming Languages such as Python or Javascript. Additionally, the factors of project utility, career prospects, and other personal inclinations towards learning capabilities should also be considered.

Before jumping into a quick decision regarding the choice of language, it is instrumental for aspiring leaders to get a feel of the language. Getting a holistic view of the language before completely immersing in it, offer you to understand the pitfalls and intricacies in project development-along with establishing a robust knowledge repository on software programming development.

Python Vs Javascript- Know More About The Languages

Python is an exemplar of object-oriented programming (OOP) language. This preference of coding language assists programmers to create and build apps and webpages by making use of objects that are also known as virtual building blocks. Python language deploys the use of object models to decrease complexity and aids the programmers by offering a transparent structure and an enriched environment pertaining to the real-world dynamics.

On the other hand, JavaScript is a highly functional scripting language. In alternative terms, this language facilitates things for users by employing automation in various websites and app processes. JavaScript development originally emanated as a front-end language to offer support to browsers that are equipped with dynamic functionality, which was not just possible with HTML.

Since the emergence of Node.js as a backend language way back in 2009, the popularity of JavaScript shot through the roof, as developers were now equipped to use JavaScript to perform their programming needs on both the server-side and the front-end.

This is a multi-dimensional question and there is no single correct answer-due to the fact that both languages have equal fan-following in their global popularity. The key mantra to comprehend the pros and cons of each language is to figure out a key element- Which is more suitable for you? The following are some of the important facts that programmers need to pay attention to before making a decision.

Ease Of Comfort In Learning The Language

This is a pertinent question especially for beginners, as they lack coding experience. It’s a good choice to go with a language that is comparatively friendly and which can be mastered in a short period. On this factor, Python has an edge over JavaScript. It is specifically designed to cater to the needs of beginners-through the use of simple variables and computational functions.

JavaScript can be a handful with its inclusion complexities about class definitions. Beginners who can benefit from the initial ease of learning can safely select Python over JavaScript.

Is The Language Scalable?

Two things need to be considered when deciding regarding the scalability of a language; the first is its capability to host a huge number of users and the second is the ability to handle humongous data volumes with the least server utilization.

How Versatile Is The Language?

Both these languages have their inherent pros and cons when versatility is considered. A common function of both languages is their extensive use in web development and ERP. Python is deployed in evolving fields like Artificial Intelligence, data analytics, and Machine Learning. Python is also extensively utilized in financial technology-for data sorting and levering. Python is considered a superior option when learners want to settle in the Fin-Tech sector. However, JavaScript has the dual benefit of being both a back-end and front-end language. Python is mostly confined to the server-side as it is a backend language.

Performance Of The Language Matters

JavaScript is widely considered as the swiftest language of the two, as it has its build in the fastest engine in the tech space-the Chrome V8. Taking into account the inherent speed of Node.js, it is the most popular language when development teams need to build real-time applications.

Both JavaScript and Python enjoy a wide demand in terms of opportunities in the job market. At any point in time, there are 60,000 plus Python job vacancies available on the various job listing sites and JavaScript demand exists in more than 40,000 jobs.

Python jobs have a wide spectrum of openings ranging from entry-level jobs in quality assistance and software development engineering which can on extension, lead to sophisticated machine learning and data science positions. JavaScript comprises a myriad number of roles, ranging from junior level positions of front-end developers to more advanced roles such as full-stack engineers and Architects. It can be stated without exaggeration that both software development languages, Python and JavaScript have the potential to offer immense job opportunities.

Javascript Vs Python-How To Manage To Learn?

Both these languages can be categorized as new-age languages-either of them doesn’t require years of arduous coding experience or a graduation course in computer science. Learning can be achieved through both on-line and off-line mode and there are rich avenues to gain and consolidate learning. Beginners are advised to go for an offline course which has the added advantage of face-to-face interaction along with the latest updates in the course curriculum.

There is no perfect answer to the decade-long question of Python vs JavaScript. Python has an edge in terms of learning comfort and its widespread use in modern technologies such as Artificial Intelligence and Machine Learning. Concurrently, JavaScript is the most recognized development software which is commonly used based on the fact that developers have a pre-existing knowledge of the language to a certain degree. The takeaway is that you can make the right choice with either language. So after weighing all the options, pick the right choice and launch yourself on the right track, for a rewarding and fulfilling career.

Data Structures In Python You Need To Learn

Django Vs. Flask – which one to choose for your web application development

Training Basket - June 5, 2020 0
With changing technologies and methodologies, the competition today is much greater than ever before. In today’s world, the industrial scenario needs constant...

Top 5 IT Skills that have Highest Demand in India

Top 5 IT Skills that have Highest Demand in India

Cloud Computing has completely changed the way Businesses- and their Consumers-Store...