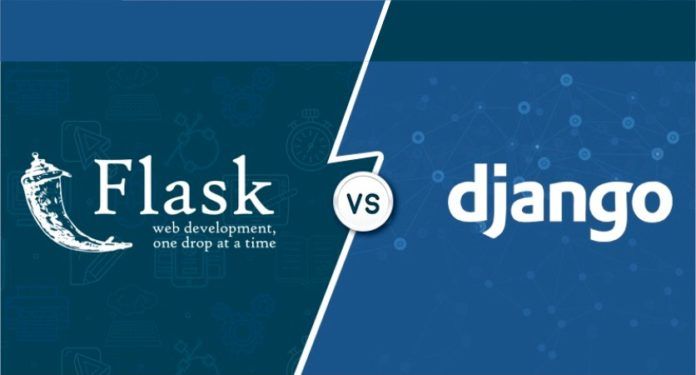 Django and Flask are popular Python web application development frameworks. Often the source of confusion is to choose which framework to develop a Python full-stack application.

Django is used to develop full-stack web applications. These are isomorphic applications.  Meaning Python is used in the front-end as well as the backend. With it not only is it possible for rapid prototyping but also to develop an application in quick time. The development workflow is clean and practical. It also helps that the framework is opinionated, which reduces the confusion as to which workflow to use to achieve a task.

It out-of-the-box provides configurations and boilerplate code. When using this framework, there is no need to reinvent the wheel. Be it libraries, APIs, or third-party plugins – there is always a pre-built solution even for the most complex of programming problems in it. The best part of it all is that it is free. Being an open-source framework subject to license conditions, it is customizable. The binaries and sources are readily available. Developers have their free will over the source code and modify it as per their requirements.

Flask comes with its inbuilt development server and native support for unit testing. It is WSGI compliant – this means that that it can be used to build a web server gateway interface. A WSGI application forwards requests from an Apache or NGINX server to a backend Python framework or web application. A Flask-based application can function behind such a web server. It can receive requests forwarded by the web server and respond back.

What are the major differences between Flask and Django?

Django provides an object-relational mapper – the Django ORM. Its applications can use data models which can be mapped to a relational database. Flask doesn’t use data models although there is an extension in Flask that allows for building a Flask ORM. So developers working extensively with the data layer prefer in it. Because it allows them to map programming classes to database tables. As to why Flask does not have data model support is because its philosophy is different.

Another major difference is that Django web development is based on the model-view-controller paradigm.  Therefore it is a full-fledged MVC framework. Web developers needn’t worry about bridging the view layer with the controller and the controller to the model layer. Everything is provided by it. It is ready to use and the scaffolding provides editable templates to get started without doing anything from scratch. Flask on the other hand is not based on MVC. It is a microframework.

It does only one thing well. Only some basic web development tools are included. And there is no ORM. Yet Flask is still used for the faculties it provides. Both have their use-cases and it is never a one-size-fits-all scenario. Flask is used extensively in single-page applications (SPAs). It is a default choice for small websites such as personal blogs and forums. Whereas, Django is used in larger projects. E-commerce sites, travel sites, banking applications, data warehouse applications, content management systems are some of the example applications built using the Django Python web application framework.

Do Django and Flask have comparable performance benchmarks?

While performance is also dependent on the underlying hardware, Django and Flask have comparable performance results. The architecture of these frameworks allows to build highly performant applications. Both frameworks perform well on high-traffic websites.

What about the packages that Django and Flask support?

Because Flask is minimalistic and less opinionated than Django, developers can use third-party libraries and implement the functionality. This aspect makes Flask more flexible than Django and more extensible too. Django is slightly more opinionated than Flask on account of being an MVC application.

It enforces certain rules regarding workflows and comes prebuilt with loads of packages. As of 2019, there were more than 4000 Django packages. On the good side, it is likely developers will find a package to fulfill their implementation requirements. On the flip side, developers do not have the liberty to include third-party packages which could provide a broader range of functionality.

Do both web application development frameworks have an active community?

It has a wider developer community. This means that there are scores of web portals available to post questions on such forums. Even on Stack Overflow, there would be enough answers to questions posted because of the enormity of the user-base of the framework. Developers gravitate towards it because there are more jobs posted for Django.

Flask also has an activity community but not as large as Django’s. Although there are forums, web portals, and blogs with posts and articles, they are not much like it.

Which framework is better – Django or Flask?

Before getting into the final verdict, let’s take a moment to summarize the two Python web application development frameworks.

There is no silver bullet in the web application development world. Choose Django to build enterprise-grade web applications with non-functional requirements of high security and performance. Choose Flask for rapid prototyping, non-critical applications such as blogs, forums, etc.

Get Ready For an Industry Job While Studying In College Job...

It’s All About DevOps Training

Career as a Java Developer for Fresher and Experienced