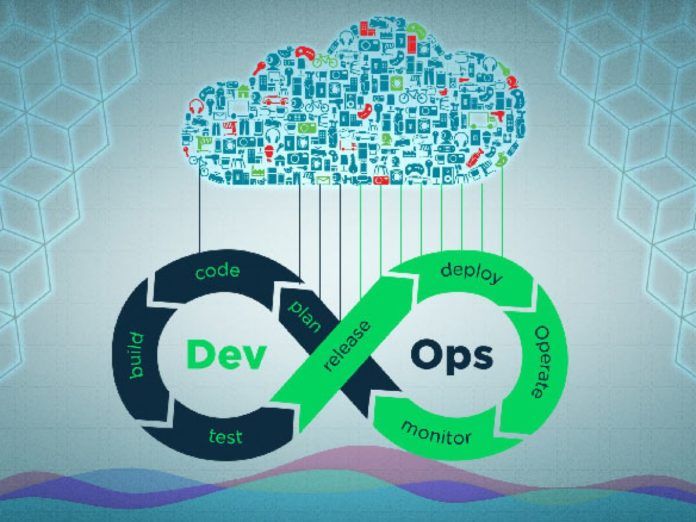 DevOps is the combination of various cultural philosophies, practices, and tools. They help in increasing the organization’s ability to deliver services and applications at high speed. They also help to evolve and improve the products at a much faster pace than the traditional software development and the conservative infrastructure management process used by the organization.

DevOps tools help in ensuring automation, collaboration, and transparency in the developmental processes. It is highly confusing and intimidating to choose the most appropriate development tools from various tools available in the market. One should have the proper knowledge and know the use of each device to benefit from it. Also, one must remember that there is no one size fits all solution, and for every requirement, there is a unique DevOps tool.

Splunk is a software platform helpful in searching, analyzing, and visualizing various machine-generated logs or data brought together or collected from multiple devices, websites, sensors, applications, etc., to create the whole IT infrastructure and business.

The course curriculum for Splunk consists of weekday or weekend batches of the following study pattern :

ELK is a log management platform used to collect insights from the logs or data that enables DevOps engineers to make better decisions for their company. Elk is a powerful combination of Elasticsearch, Logstash, and Kibana open-source software. The elastic company offers them. ELK stack, which is often referred to as Elasticsearch, enhances the ability to aggregate logs from all systems and applications, analyze these logs, and create visuals for applications. It is also helpful for faster troubleshooting, monitoring infrastructure, security analytics, and much more.

• It is an Open Source tool with multiple plugins

• It is a Lightweight tool and easy to deploy

• It performs a search in the most near-real-time

• It also consists of an Active and Supportive discussion forum

Nagios is which enables which helps keep tabs on the applications servers and the overall business infrastructure. The tool is a great help for large organizations with countless circuitries such as switches, servers, routers, and so on in the back end. It alerts the users if a particular fault occurs on the backend or in case of device failure. It also regularly maintains and monitors performance charts and tends to alert the user of any possible loss.

Ansible is one of the most simple but effective tools for managing configuration and IT orchestration. It is an open-source tool that provides automation to all the apps and IT infrastructures such as cloud deployments, network configuration, and the creation of development environments. It efficiently manages data, roles, attributes, cookbooks, and so on. Ansible is primarily used for pushing new changes within the already existing system, thereby lowering the costs of infrastructure and increasing the scalability speed. These two reasons have made Ansible an absolute favorite amongst many IT companies.

Chef is a powerful management configuration automation tool that automates processes and tasks across several servers and other organization devices in some straightforward steps. It transforms infrastructure into code using Ruby and Erlang as specific languages. Chef uses pure-Ruby domain-specific language (DSL) for writing system configuration codes or recipes.

Puppet is an open-source software configuration tool for management and deployment. It is mainly used on Linux and windows to collaborate with multiple application servers at once. Puppet does more than just automating the system administration. It automates inspecting, delivering, and operating software across the entire life cycle through an independent platform. It works by using a pull model where the managed nodes run the puppet agent application as a background service.

Docker is a lightweight tool that uses a container for every application and contains the source code, supporting files, system configuration files, runtime, etc., which are responsible for the execution of the application. Docker is a tool that allows secure packaging, deploying, and running of applications irrespective of the environment used for running it. When used, the Docker engine can enable access to containers, which can help execute applications even in a remote setting. This application or tool has reduced the infrastructure costs of many organizations. With Docker, you can build, ship, and run your software anywhere. This tool is at the center of containerization, which is quickly gaining momentum in the IT world.

Selenium is a portable open-source software testing framework for web-based applications. It is capable of operating on any operating system. It provides the user with an easy interface for developing automated tests.

Jenkins is an open-source continuous integration server. It automates the complete build cycle of any software project. Its main aspect is the pipeline feature that it offers, which is helpful in automatically committing code into the repository, running test cases, and fetching reports obtained after testing in the near real-time. It enables a developer to rapidly find and solve bugs in the code while automating their build testing. It is a tool from developers for developers.

GitHub remains one of the top DevOps tools useful for easy collaboration. GitHub is a tool that enables the developers to make rapid iterations to the code and send a notification to other team members instantly about any changes to the code. Immediate rollbacks in case of any error or fallout are done to the previous version within seconds. The tool is a version control system that allows you to track changes in the file and easily coordinates the work among the team.

To conclude, these are the top 10 DevOps apps that have been increasingly adopted by companies globally. These are some of the DevOps apps which you should know about in 2021.

It’s All About DevOps Training

Published by Manali Shrivastwa - July 2, 2020 0
Gift yourself a rewarding career by taking AWS Certification With the origin of cloud computing, AWS has been the major shareholder in the market. It's...

Why AWS Training Is The Only Skill You Really Need?

Django Vs. Flask – which one to choose for your web...

How I Became a Red Hat Certified Engineer in just 4...

Build your Career in Blockchain Technology with Training Basket